An expedition, consisting of the representatives of the legendary Stripburger magazine and of the musical band Salonski is about to travel to Belgium. They will establish their headquarters in Liege, where the majority of various events regarding comics and music will take place.

Stripburger will be represented in Liege by Domen Finžgar (co-editor of Stripburger magazine and comics artist) and Andrej Štular (comics artist and an all-rounder visual artist). Because Domen Finžgar is at the same time a musician and frontman of the Salonski band, this international presentation of the magazine will be enriched with a special musical program.

The pre-events will include an exhibition of artwork by artists, more or less related to the Salonski musical band, who have also contributed to the award-winning graphic design of the band’s album »Eden«. The opening of the exhibition, featuring works of Matthias Lehman, David Krančan, Marko Drpić, Matija Medved, DK, Sophie Darcq, and Mathieu Z., to name only a few, will be held at the L’An Vert venue on the 4th of February at 6 pm.

The next big bang will be heard and seen on the 6th February at 4 pm during the opening of the »Attention, work!« exhibition at the Le Comptoir gallery. This is an exhibition that accompanies the international comics anthology WORKBURGER, published in 2012 as a special edition of the Stripburger magazine. The anthology features comics where international artists question the modern meanings of work in the contemporary society. This book that lucidly reveals and generously flaunts the many permutations of the term, is thus a document of its time, and at the same time a future classic that deals with one of the most universal topics of humanity. Comics by almost 50 artists, among them Akinori Oishi, Anna Ehrlemark, Capucine Latrasse, Danijel Žeželj, Jyrki Heikkinen, Jeroen Janssen, Lars Sjunesson, Marcel Ruijters, Matti Hagelberg, Max Andersson, Peter Kuper, Kaja Avberšek, Domen Finžgar, Tanja Komadina, Matej Kocjan, Matej Lavrenčič, Andrej Štular and many others, reveal answers to the question whether work is an important value or just a way to spend some time. Original comics pages are accompanied by silk-screen prints, Andrej Štular’s installations, working clothes by different artists and many other things.

The opening will be followed by a concert of the Salonski band, coming to Belgium in their full & reformed cast: Domen Finžgar (accordion), Larisa Petrič, Jana Arlič, Katja Glinšek (three violins), Jernej Brezovar (piano, ukulele), Barbara Ulčar (cello), Žan Anderle (trumpet), Žiga Barba (trombone). After the concert there will be a party with the music from the Klopotec record label and a presentation of the Slovenian cuisine. The band Salonski skillfully maneuvers between different genres, and will present their last album titled Eden (Klopotec, 2015) on their Belgian tour. Their music is quite folkish, but enhanced and enriched by urban elements of doo wop, rap and noise. They will perform again on the 8th February in Antwerp, on 11th February in Brussels, on 12th February in Limerle and on 13th February in Neupre.

Post-opening events will be held on Sunday, 7th February 2016, when the central party of the Stripburger magazine will take place at Le Cercle du Laveu with screenings of animations created by comics artists or made after comics published in the magazine, and a DJ program … Apart from the animated movies »Stripburger in motion« and »Wanted« by Boris Dolenc, created after comics from Stripburger, short animated movies by Matej Lavrenčič and Andrej Štular, accompanied by the animated music video »Innocent when you dream«, created by Oliver Marčeta for the band 2.2.2.7. will also be screened.

The Stripburger’s tour includes comics workshops as well, taking place on the 9th and 10th of February in Liege. They will be mentored by Andrej Štular, Jeroen Janssen and Domen Finžgar. Believe it or not: the Slovenians will be teaching the Belgians how to make comics!

And that’s not all! Stripburger’s offensive on Belgium continues in March as well in Tournai. You can expect a rich and comprehensive Slovenian cultural program in the middle of this francophone region! Save yourselves while you still can! 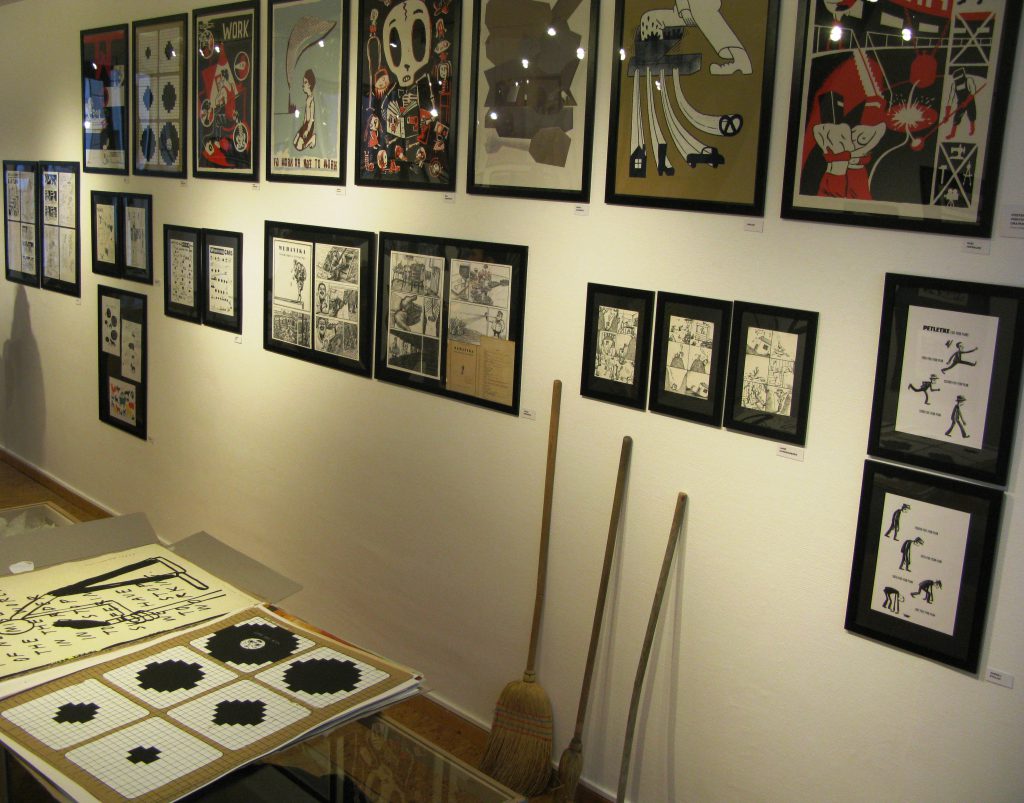 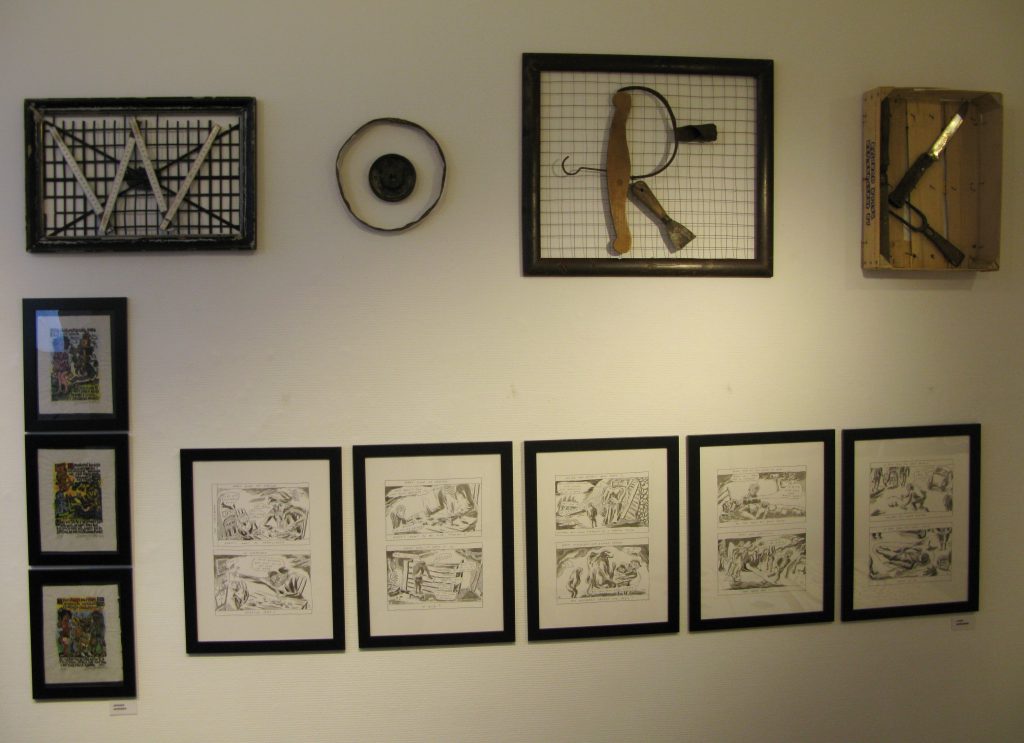 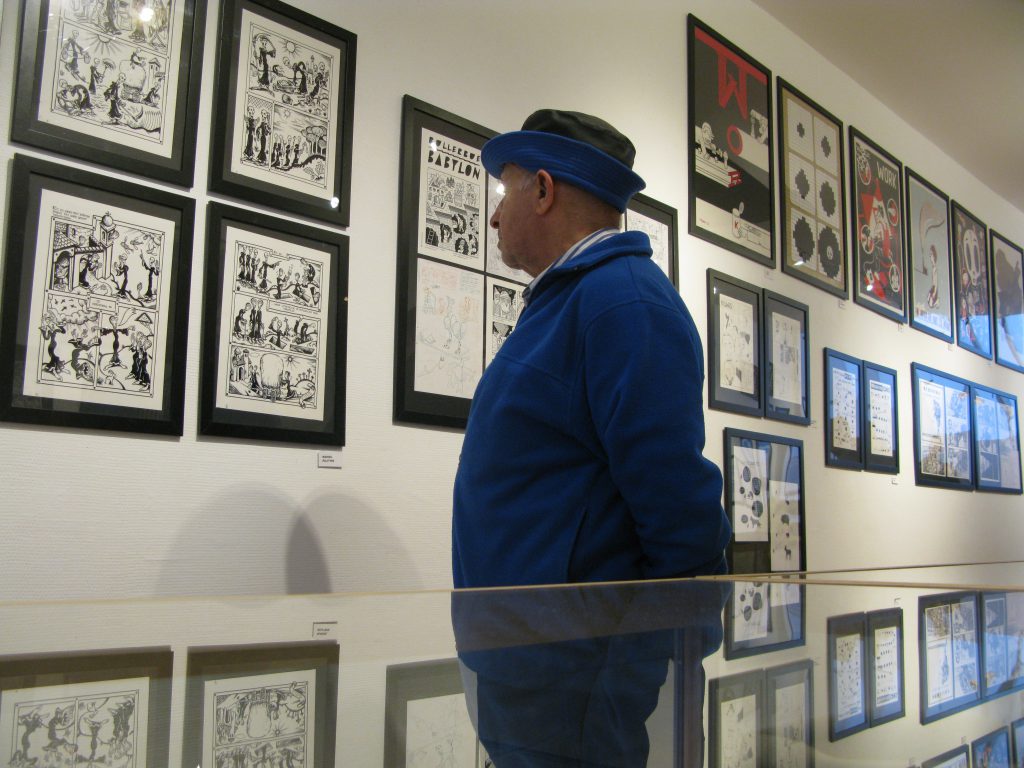 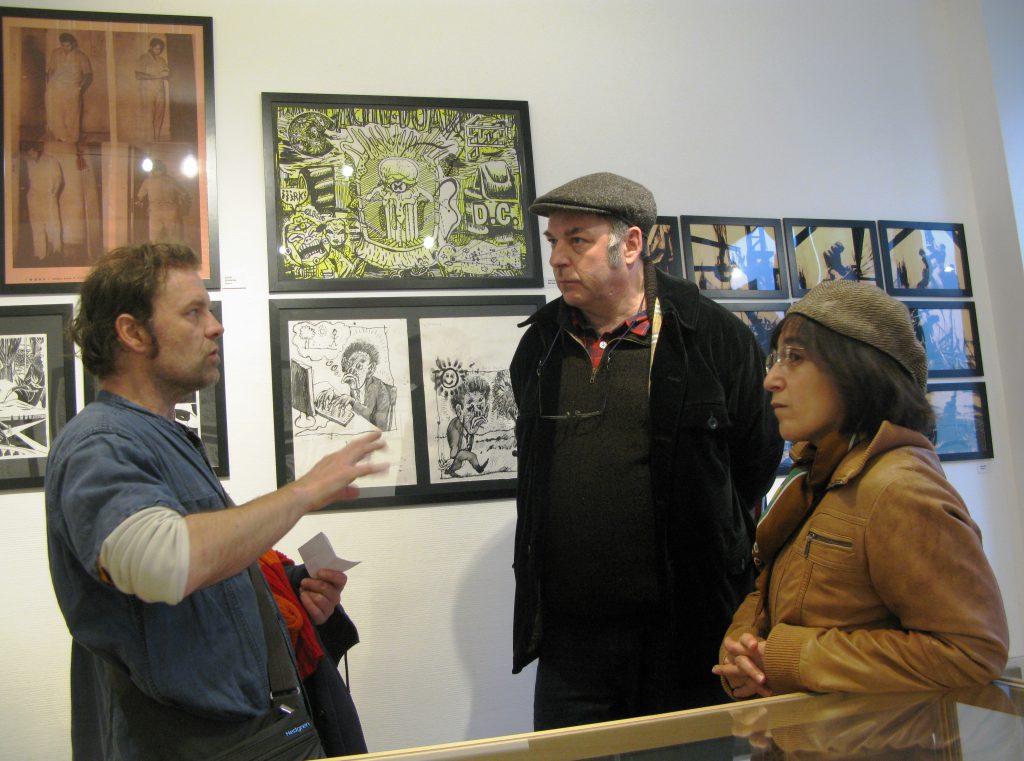 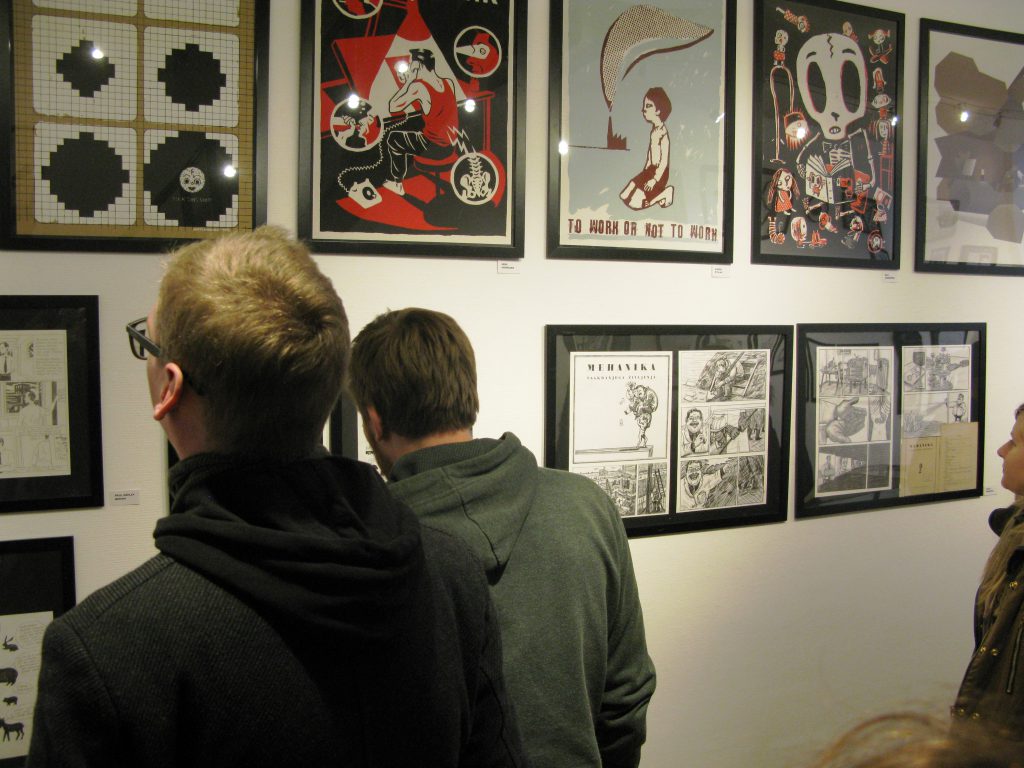 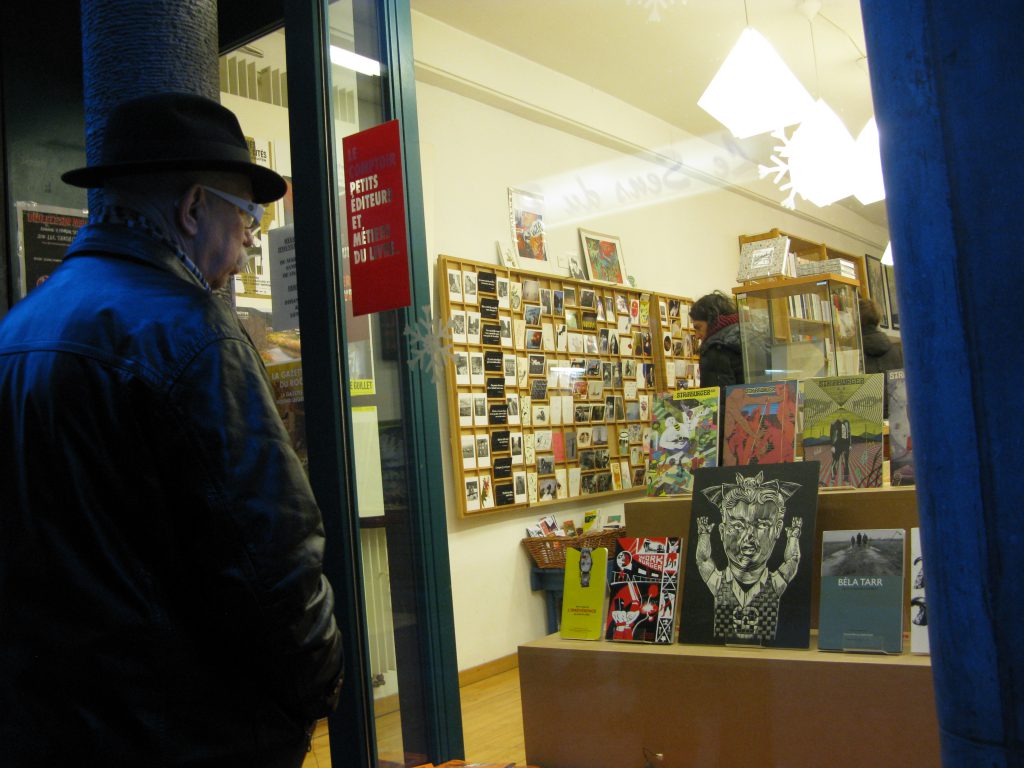 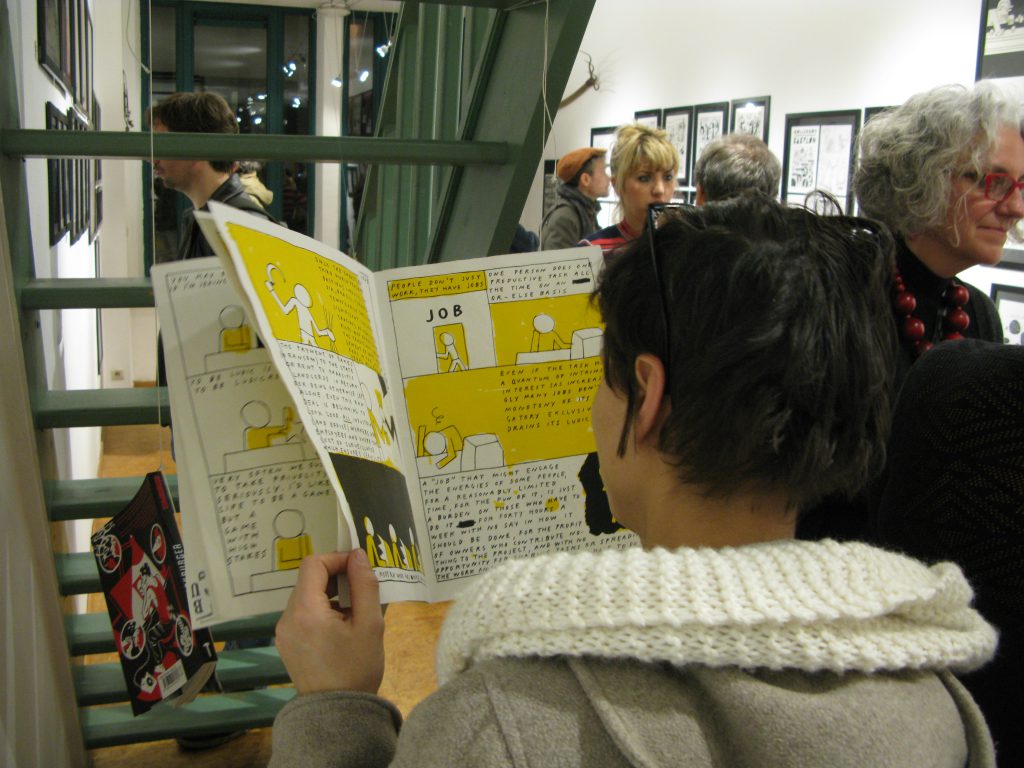 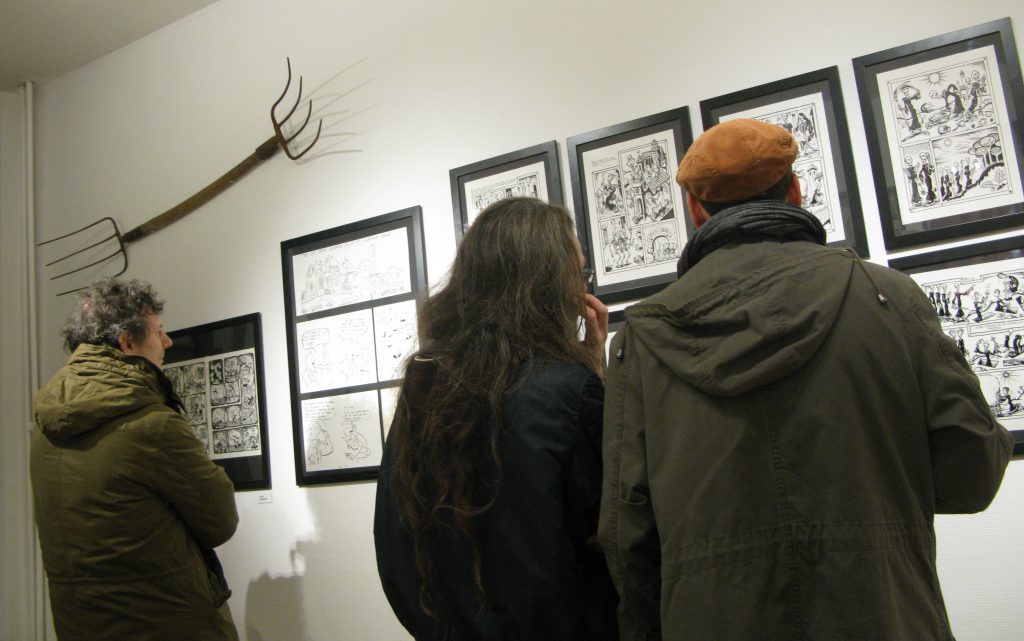 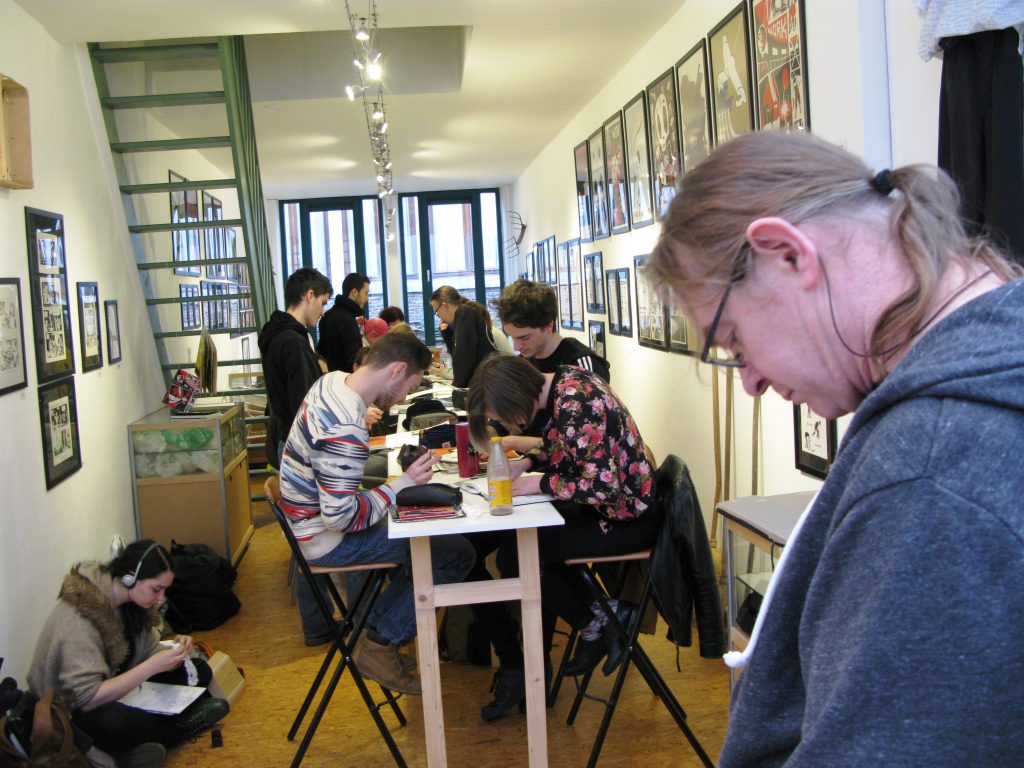 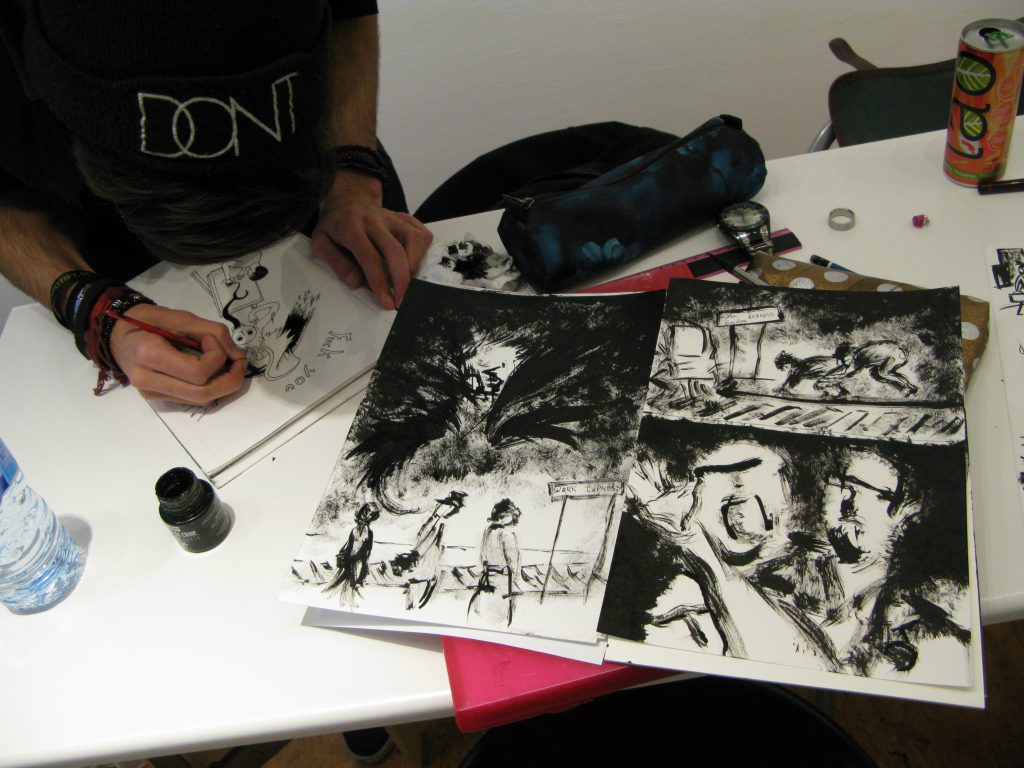