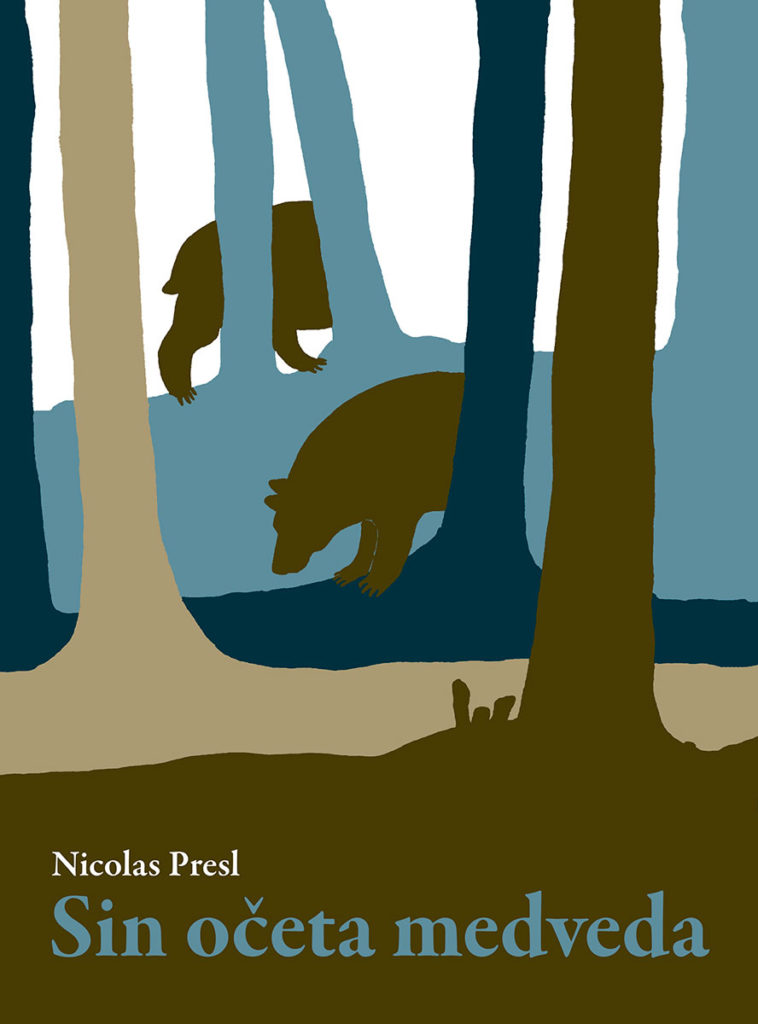 Son of the Father Bear – a mute graphic novel by the French artist Nicolas Presl brings a shocking story of coexistence between humans and animals!

To avoid grave danger, a man is forced to kill a female bear deep in the woods. He feels sorry for her little cub, so he takes it home to his wife. This act of compassion and regret soon cuts into the fate of the couple whose love is suddenly put to the test with the arrival of this unusal »child« …

Sin očeta medveda (Son of the Father Bear), a mute graphic novel by the French artist Nicolas Presl brings a shocking story of coexistence between humans and animals. This extremely suggestive and poetic, but sometimes also poignant tale of the life of progeny neither human nor animal becomes a fantastic allegory that speaks of universal themes of love and disillusionment, forgiveness and guilt, affiliation and foreignness without ever uttering one single word. The artist makes use of his convincing and skillful style that flirts with the tradition of visual arts from the period between the two world wars, to weave an emotionally charged and dramaturgically convincing narrative about the symbolic figure of the Other and of the eternal search for existential meaning and identity.

Nicolas Presl (1976), a committed fan of visual arts, literature and history, dedicated himself to comics creation after the completion of his studies of visual arts and a short stint in stonecutting. His debut graphic novel titled Priape was published in 2006 with the Swiss publisher Atrabile, soon followed by a series of his other works. He’s quickly developed a very recognizable style that draws from the tradition of the avantgarde and early modernist arts. Nicolas Presl creates mute comics narratives, which is why for storytelling he relies solely on his elaborate drawing skills that fascinate with their daring expressiveness and their subtle narrative power.