A Decade of Comics: Comics in Slovenia 2006–2016: Exhibition catalogue 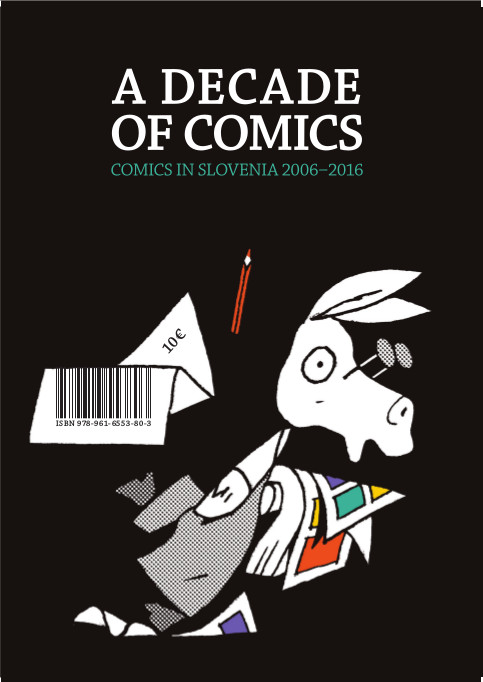 Exhibition catalog features an insight into the general developments in the comics scene in Slovenia during the last ten years.

The exhibition entitled A Decade of Comics: Comics in Slovenia 2006-2016 is the third in a series of retrospective overview exhibitions with which the Centre for Contemporary Art Celje aims to present Slovene comics created over a ten-year period. This time Stripburger magazine joined in the effort of conceiving and producing this exhibition.
In addition, the exhibition catalog features an insight into the general developments in the comics scene by Bojan Albahari (Shifts and Deviations: The Slovene Comics Scene During the Last Ten Years), while Gašper Rus contributed – in his own words – an extremely subjective overview of the creativity of individual Slovene comics artists (A Vague, Incomplete and Shamelessly Subjective Guide Through the Last Decade of Slovene Comics 2006–2016). The catalogue also includes a theoretical contribution written by David Krančan (Raz Dva Strip), selected comics and bibliography (Authors from A to Š) and front covers of comics publications 2006‒2016 (First Impression). The editorial was written by exhibition curator and catalogue editor Katerina Mirović.