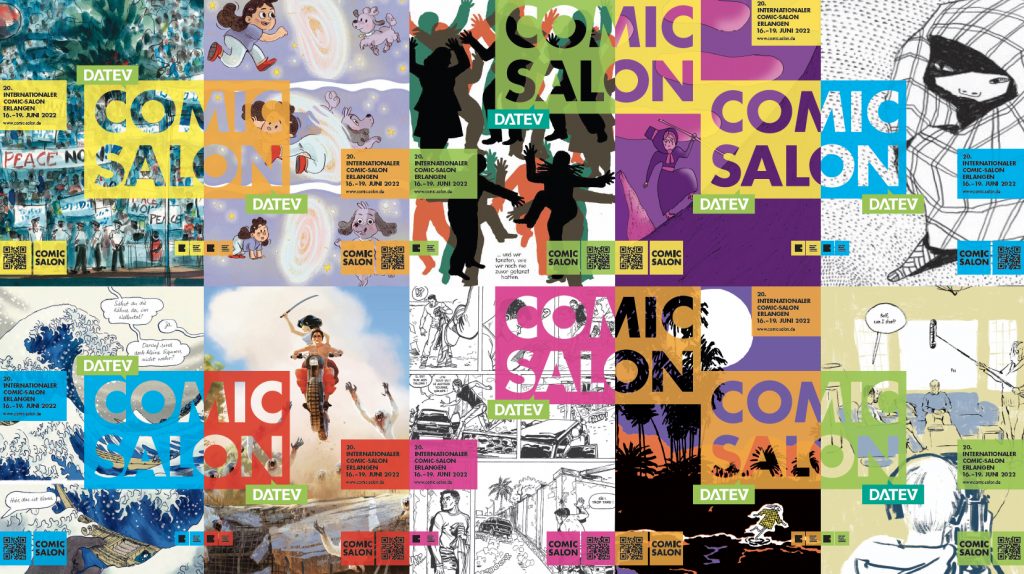 Stripburger team is heading to Erlangen in Germany, where the 20th edition of the largest and most important comics festival in German-speaking countries will take place from 16 to 19 June 2022, featuring many exhibitions, a comic fair, a lecture and panel series, a special programme for younger audiences, the Comic Film Fest, readings and much more. The centerpiece of the International Comic Salon Erlangen is the comic fair, where some 200 exhibitors will present their releases and 400 German and international artists will take part in live drawing events and book signings.  The organizers also award prestigious Max und Moritz awards for graphic literature and comic art in German-speaking countries.

Stripburger will have a stand at the comic fair (B 53)  – a special hint: the brand new Stripburger no. 79 (!) will be premiered precisely in Erlangen. Apart from that, you will find other our delicious publications, silkscreen and risograph posters and other printed goodies there!

Stripburger will be represented by it’s editors David Krančan, Katja Štesl and Tanja Skale and by the artist miha ha. 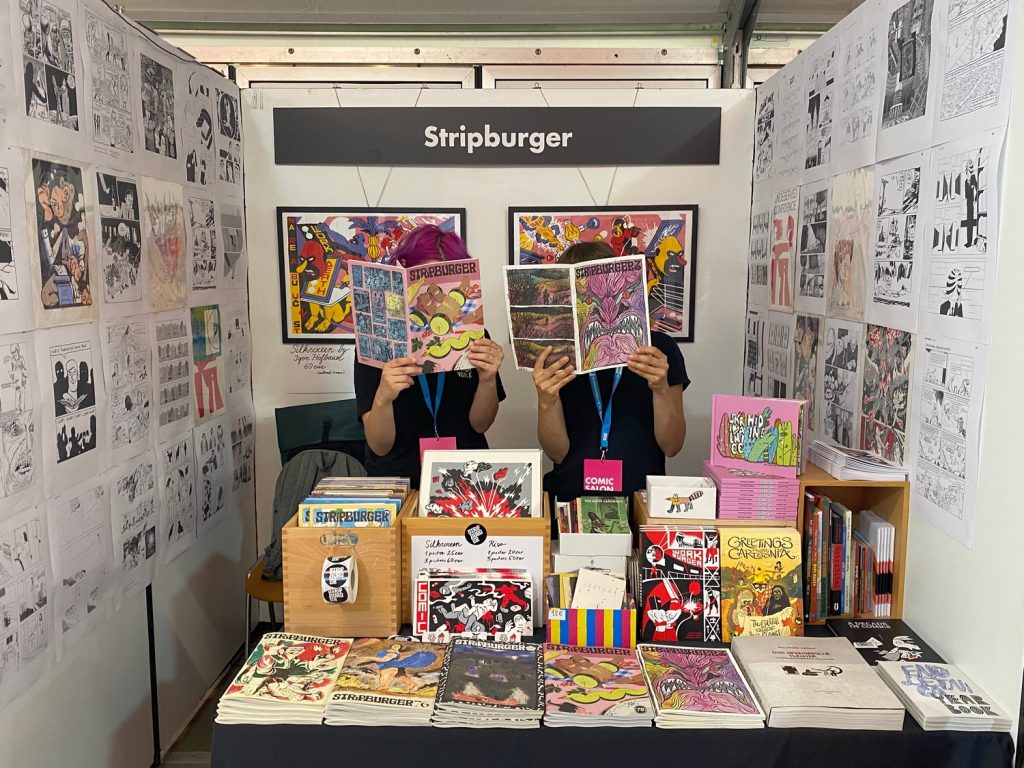 More about the festival program you can find here.

International activities of the Stripburger magazine are co-funded by the Slovenian Book Agency.