Norway is waiting for us! 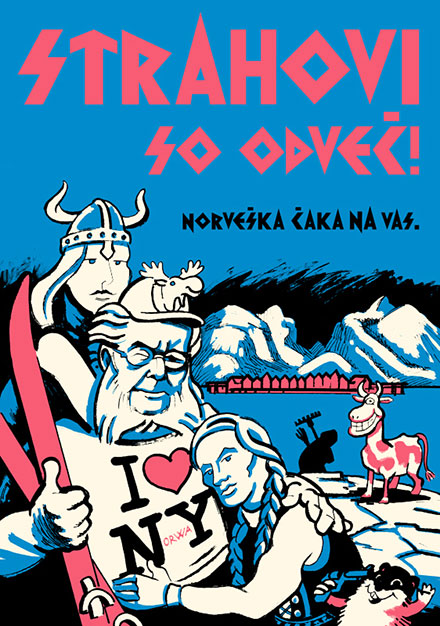 Stripburger’s team continues its international journey – this time we are heading north, preciesly to the Oslo Comics Expo (OCX) which will be held on the 9th and 10th of June in Oslo, Norway.

This year the Oslo Comics Expo will be held for the 11th time and has now established itself as one of the leading comics institutions in Norway, pushing its organizers to continue to seek new, exciting comics and creators from around the world. The event is an important meeting place for professionals and comics fans. This year’s edition will include stage interviews, panel talks, exhibitions, signings, and a comics fair, where visitors can buy comics from many different publishers and artists from Norway and abroad (hint: you will also find the fresh Stripburger no. 69 and other our delicious publications there!).

Stripburger’s expedition to Norway also includes an exhibition of Attention, work! series of posters which will take place at Serieteket, the comics library in Oslo.  Apart from that, we’ll show the Stripburger in motion and Wanted animated movies (directed by Boris Dolenc) and take part in a panel discussion about comics anthologies with Kramers Ergot editor Sammy Harkham and the Norwegian publisher BLOKK.

In short, if you happen to be in Oslo at the time, you’re most kindly invited to attend the events of the festival and get yourself a fresh dose of Stripburger’s comics!
See you there!

Supported by the The Slovenian Book Agency (JAK).